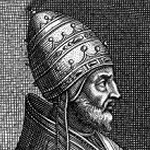 Pope Adrian V was the 184th pope and the fifth man to take the name Adrian following his election. He was Italian by birth and best known for annulling a papal bull of Gregory X. This article will focus on the life of Pope Adrian V.

Born Ottobuono de’ Fieschi, the man who would later become Pope Adrian V belonged to a feudal family in Italy. Named a papal chaplain in 1243, he served as a clerk in a local church. Other church leaders noted his work and commitment and rewarded him with new roles. He would become an archdeacon, canon, chancellor and dean as he moved to new locations in Bologna, Parma and later Paris.

Pope Clement IV worried about the fighting between King Henry III in England and local barons. He picked Ottobuono as a representative of the church and asked him to oversee the problems. As a papal legate, he was responsible for keeping the situation under control and bringing awareness to the Crusades. Though he only spent three years in England, he developed a strong following, which would later lead to his election as pope. In April of 1268, just a few months before he left, Ottobuono created the canons that locals would use as their laws. Those laws remained in place until the Protestant Reformation.

Following the death of Innocent IV in 1276, the papal committee picked Ottobuono as the next pope. He was one of four men who served as pope in that same year. Gregory X issued a papal bull that called for a committee of men to come together and elect the new pope. Adrian V annulled that bull not long after becoming pope. Though some in the church believed that he was a good choice, he died before he could make any other changes. San Francesco Alla Rocca is his final resting place.