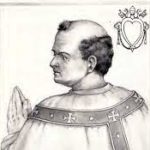 Agapetus II was the 129th Roman Catholic pope and the second man who chose the name Agapetus upon his election. He served as pope for more than nine years and followed Marinus II. Though not much is known about his life, this article will look at his time as pope in greater detail.

Though history does not show when he was born, Agapetus II was born in Rome, Italy to a noble family. His father was Roman, while his mother was Greek. Anicius Faustus Albinus Basilius, who was an official within the Church, was cousins with his father.

Elected pope on May 10, 946, Agapetus had problems almost instantly due to an independently operating area of Rome. Ruled by Alberic II, this independent area claimed that the pope had no control over its citizens. Agapetus II could not issue new rules or release papal bulls that affected the community. Though he tried to bring the community into Rome and sent representatives to speak with Alberic II, the two areas reigned separately.

Other issues arose concerning the See of Reims in France. Two different men believed that they had the right to run the See. Agapetus II called a council meeting in Rome, which ended with the council granting authority of the See to one of the two, Artald of Reims. Hugh of Vermandois not only saw the Church rule against him, but he also saw the pope excommunicate his father.

Pope Agapetus II served as pope for more than nine years and found himself called into disputes quite often. He oversaw a dispute in Pannonia between two men who both believed that deserved the city. The pope would later release two men from their roles as bishops after finding evidence that they sold leadership roles within the Church. He also demanded that two dukes give back the monasteries they took over to the original monks. After the death of Agapetus II, Octavianus became the next pope. He was the son of Alberic II.