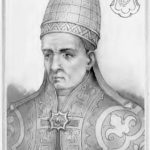 Pope Alexander II followed Pope Nicholas II and was the 156th man to assume the role. He was only the second pope in history to choose the name Alexander, which became popular later. This article will cover the life of Pope Alexander II and some of the work that he did.

Given the name Anselmo at birth, the man who would become Pope Alexander II lived in a small district just outside of Milan with his noble family. He attended school and helped found the Pataria movement, which called for new changes in the Church such as prohibiting clerks from marrying. Also known as Anselm, he would later work for the Imperial Court.

Nicholas II left behind a bull or decree that took away some of the control that the Roman Catholic Church previously held. This decree allowed cardinal bishops to nominate the next pope and decide on the man who would assume the position. They chose Anselm who decided to use the name Alexander II during his reign. There was some controversy over his election, which led to the cardinal bishops naming him on September 30 and crowning him the following day to prevent any uprising.

Pope Alexander II was one of the first popes to speak out about the treatment of Jews. He did so in 1065 after praising a city that protected a group of Jews. During the crusades against the moors, he encouraged people to protect the Jews and claimed that the enemies were those driving others from their towns and homes. Alexander II also oversaw the appointment of one of the first Polish bishops in 1072 after demanding that a Polish priest appoint a bishop born in that country. He served as pope for more than 11 years. Following his death in 1073, Gregory VII became the new pope.

*Alexander II was born in Milan, which was then part of the Holy Roman Empire somewhere between 1010 and 1015.
*Anselmo da Baggio was the name given to him at birth and the name he used during his early career.
*He died on April 21, 1073, in Rome, which was then a Papal State.
*Though history does not know his cause of death, he was buried in St. Peter’s Basilica.
*The papacy of Alexander II began on October 1, 1061.
*His papacy ended on April 21, 1073, upon his death.
*Gregory VII became the next pope and began his papacy the day after Alexander’s death.

*Visitors can tour the Tomb of Pope Alexander II, which is a sculpture in Vatican City at St. Peter’s Basilica. Pope Alexander II is one of the men depicted in the sculpture.
*Alexander II had a close relationship with the Church of England after naming one of his former teachers the Primate of England. Some credit that nomination with extending the reach of the Catholic Church.
*He was one of the first popes to speak out against divorce. When news reached Rome that Emperor Henry IV planned to divorce his wife, Alexander’s legate let the man know that the pope would not approve his coronation, which led to him returning to his wife.
*During his early years, Alexander II was one of the only four men chosen for the position of prince bishop of Milan. He was so adored by the public that many people protested in the streets after another man earn the title.
*Alexander II was so upset with the lives led by the clergy in Milan that once he left the city, he only returned twice in his later years.