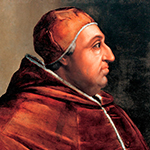 Pope Alexander VI was the 214th Pope of the Roman Catholic Church. He ruled for just over 11 years and a total of more than 4,000 days. This article will look at some of the controversies surrounding Alexander VI and his life before becoming pope.

Born Roderic de Borja, Pope Alexander VI grew up in the small town of Xatavia, which is now part of Spain. When his maternal uncle became Pope Callixtus III, Roderic adopted the name, Rodrigo Borja. After studying law at the University of Bologna and earning a degree, he became the Cardinal Deacon of a local church. Rodrigo spent many years serving the Church in different roles and had experience working with five popes before he became pope.

Leading up to the death of Innocent VIII, the Church had more than 20 names chosen for the next pope, including 10 directly related to the pope. Rumors say that Rodrigo purchased some of the votes, but other records show that he was a popular choice. Some records show he bought votes as did other men at the time. He was elected pope in 1492 and chose the name Alexander. Though he is officially Pope Alexander VI, he is only the fifth man to use that name due to the Catholic antipope.

Most of the controversies surrounding this pope relate to Inter caetera, a papal bull he issued in 1493. This bull granted King Ferdinand and Queen Isabella western and southern lands due to their support of the Church. The bull led to a massive war between France and Portugal. He also had a role in the Italian War of 1491 – 1498 as he sided with the French during their invasion of Naples. Alexander had a son named Cesare who some historians believe helped him poison a cardinal. Those who were with him when he passed away claimed that the pope was repentant of some of the decisions he made.