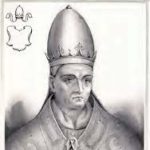 Pope Boniface VI is known for his short reign as pope, which lasted for just 15 days. He was also one of the oldest popes in history as he ascended at the age of 90. This article will go over his short time as pope.

As he was pope for such a short record, there aren’t many historic records or documents about his life. He was born in Roma, which was then a diocese of Rome. No records show whether he served the Church in any capacity before becoming pope. Some historians believe that he was a subdeacon at one point and later elevated to the position of priest. He was also the son of a man named Adrian who was a bishop.

Pope Formosus led the church for more than four years before his death. He faced many problems regarding Constantinople and the leaders of that region. The pope also spoke out against the Holy Roman Emperor of the time and sought help to remove him from the throne. Just one week after Formosus died, Church members chose Boniface VI as the new pope.

Records show that Boniface VI became pope on April 11 and then died on April 16. Official records list his cause of death as gout, which is a type of arthritis that causes severe pain and inflammation. Many people died during that era of gout because they didn’t have access to the right treatments. Some rumors claim that his death occurred at the hands of members of the Duchy of Spoleto. They supported Stephen VI and believed that he should be pope.

In 898, Pope John IX held a synod where he officially ruled that Boniface V was never a pope. He claimed that the Church defrocked Boniface V when he was a priest and never reinstated him, which means that he could not be the pope. John IX further claimed that the Church defrocked the former pope when he was a subdeacon too. Those rulings did not lead to the Church moving his body though. He remains in the official records as the 112th pope.