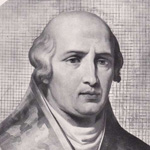 Pope Clement IV was the 183rd pope and the last man to hold the position for several years due to infighting among the cardinals. He was known for his interest in literature and his relationships with several writers. This article will look at some of his relationships and his papacy.

Born in the Kingdom of France, the future pope was known as Gui Foucois. His father was Pierre who worked as a lawyer while his mother stayed home and raised their children. Gui enlisted in the military and decided to attend college when he returned home. The knowledge that he gained of the legal system made him a popular man in several cities. Gui would later marry and have children, only finding his way to the Church after he became a widower. After becoming a pastor and a bishop, he worked as an archbishop and then a papal legate.

While living in France, Gui learned that the cardinals elected him as the next pope. He became friends with Charles of Anjou while living in disguise and later revealed himself. With his support, Gui returned to Rome for his coronation and official became Pope Clement IV.

During his papacy, Clement IV became a patron of literature while overseeing some of the feuds around Rome. Though he remained close to Charles, he disagreed with some of the steps that the man took, namely the cruel acts that he committed on a march into Naples. He also disapproved of the beheading that Charles did while in Sicily. As he refused to speak out in public about those acts, some viewed him as an accomplice to those acts.

Pope Clement IV did not agree with some of the decisions made by Gregory IX. The former pope spoke out against the religious text called the Talmud and even had the text burned in some public settings. Clement IV eventually ordered that Jewish men submit copies of the text and allowed others to censor the work. He also supported the efforts to end Mongol control and sent men to the region to help. Though he gave Charles money for his war efforts, the pope wasn’t happy with what Charles did with those funds. Pope Clement IV spent most of his papacy living in Viterbo outside of Rome where he felt he could do the most help. The Church chose to bury him there.