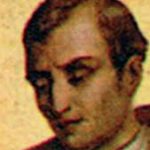 Pope Donus was a Roman man who reigned as pope from 676 to 678 and was the 78th pope. He is also the only man in history to select the name Donus upon becoming pope. This article compiles some of the limited information available about his life.

The limited information that we have about Pope Donus claims that he was born in the Byzantine Empire city of Rome somewhere around 610. His father was also Roman by birth and known as Mauricius. Donus is one of the only men in history to use the same name both before and after becoming pope.

As pope, Donus instituted restoration efforts to beautify local churches and make members take pride in those buildings. He hired workers to use large bricks made from Italian marble to create an atrium at the Old St. Peter’s Basilica. The atrium stood for many years until the Church replaced it. Other restoration efforts took place at the Basilica of St. Paul Outside the Walls and in smaller churches around Rome.

As Donus was pope for only 525 days, there aren’t many historical records available for his reign. Records show that he issued appointments for five new deacons and 12 priests. He also appointed six bishops and sent them to work at Sees around Europe. Though the Church had issues with Constantinople at the time, Pope Donus helped end those troubles. He allowed archbishops in Constantinople to once again offer communion and added the names of past priests back to official records. Those men were removed due to siding with Constantinople. After his death in 678, Church officials had him buried in Rome.