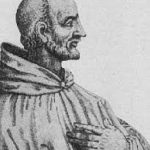 Pope Eugene III was the 167th pope and the third to pick the name Eugene. He is also known as the Blessed Pope and for his connection to the Second Crusade. This article looks at the life of Pope Eugene III.

Known as Bernardo, the future pope was born in Pisa somewhere around 1080. Records do not show his mother but list his father as Godius. Though some believe he belonged to a noble family, others claim that he came from a family who did not have money, which would explain his humble nature. Records show that he worked in a Pisa church as a canon in 1106 and that he later became subdeacon in the same church. Pope Innocent II ordained him as a priest in the 1130s, which led to Bernardo joining the Cistercian Order.

Pope Lucius II died on February 15, 1145, when he was hit in the head by a heavy rock. That same day, cardinals elected Bernardo as the next pope. He chose the name Pope Eugene III and began his reign outside of Rome. Problems between the Roman Senate and the clergy made the city unstable. Fearing that he might die in the same way as the last pope, Eugene II agreed to travel to Farfa where he was consecrated.

To help the public, Pope Eugene III asked leaders in Tivoli and other cities to side with the Church. He spent several months traveling through Italy before finally making his way to France. It was there that he announced the beginning of the Second Crusade. It was only after it began that he returned to Italy, though he never resided in Rome.

Pope Eugene III lived in a fortress outside of Rome and asked the King of Sicily to help him gain control of the city. Though the Holy Roman Emperor and other leaders agreed to help, he passed away before they could arrive. Anastasius IV inherited a papacy marred by Roman revolt and took on the role just one day later. He helped oversee the internment of Pope Eugene III in the Vatican.