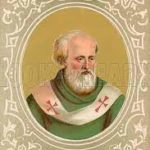 Pope Gelasius II was an Italian man who was a Benedictine monk before becoming the 161st pope. A little over one year after accepting the position, he passed away. This article will look at the tumultuous life of the pope and his papacy.

Born to the Caetaini family, the future pope was known as Giovanni during his early years. His family came to Rome from Pisa. Giovanni joined the Monte Cassino and became a Benedictine monk. Pope Urban II was looking for someone who could improve his documents and heard about the work Giovanni did for that church. The pope asked him to move to Rome and made him a subdeacon in August of 1088. Just one month later, Giovanni became a cardinal deacon. He also served as a chancellor until 1118.

Just three days after Pope Paschal II died, the cardinals selected Giovanni as the next pope. Cencio II Frangipan was a close friend of Henry V. Neither man approved of Giovanni’s appointment. Cencio II stormed into Rome and captured the new pope. He did not have the chance to do anything with the man as a group of Roman citizens fought back and released Giovanni. Henry V then stormed the city and claimed that Gelasius II was not the true pope. Gelasius II was forced to live the city and abandon his post. Henry V then appointed Maurice Bourdin as the new pope. Bordin chose the name Gregory VIII. According to Henry V, he had the authority to name the pope as the Holy Roman Emperor and stated that Pope Gelasius II was not the pope.

Gelasius accepted his priesthood orders on March ninth and was consecrated the next day. Norman soldiers supported him and stood by his side as he returned to Rome. Once back, he excommunicated both the antipope and the Holy Roman Emperor. After suffering an attack while overseeing Mass, he traveled to France to decide what to do next. While planning a council and looking for allies, the pope passed away. Cardinals appointed Callixtus II as the next pope just days later in direct opposition to Gregory XIII.

*He was born circa 1060 in Gaeta, which was in the Principality of Capua. Some historians believe he was born as late as 1064.
*His birth name was Giovanni Caetani. He kept this name until he became the pope.
*Pope Gelasius II died on January 29, 1119.
*Gelasius found himself facing opposition that forced him out of Rome several times. Though he later returned to the city, he passed away while in the middle of planning a new council meeting.
*His papacy began on January 24, 1118.
*The papacy of Gelasius II ended with his death in 1119.
*Callixtus II was his successor to the papacy.

*Though Gregory VIII outlived Gelasius II by many years, he was never an official pope. The Church regards him as an antipope. The man was later imprisoned and spent his remaining years living in monasteries across Italy.
*Gelasius II was one of a small handful of men who served as Benedictine monks before becoming popes.
*He was pope for only 370 days, which is a little more than one year.
*As he was in France when he died, Gelasius II is one of the only popes in history to die while outside of Italy.
*Pope Paschal II asked the future pope to come to Rome and help him because he was so skilled at reading and writing. He had an especially strong understanding of Latin.