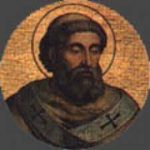 Pope Gregory III was the 90th pope and now recognized as a Catholic saint. He was the last pope elected to come from Syria and one of the only popes born outside of Europe. This article gives some interesting facts about Pope Gregory III and looks at his life.

Born in Syria somewhere around 669, Pope Gregory III lived in the country for many years. Historians do not know much about his early life except that his father was John and was also Syrian by birth.

Pope Gregory III almost immediately had problems with Emperor Leo III. Gregory asked the Emperor to change his position regarding iconoclasm, which is a movement where followers destroy religious objects and artifacts. During a synod not long after his papacy began, Gregory spoke out against the practice. Leo III sent forces to control the pope but lost his men at sea. Though Leo tried to gain support from other rulers, most sided with the pope.

Gregory III inherited a papacy that feuded constantly with the Lombards. He spent some of the Church’s funds to restore the Walls of Rome in the belief that the ancient walls would protect the city from those attackers. The pope used other funds to acquire a fortress and to protect other buildings in the city. He sent a crew to talk with Charles Martel and beg the man to send Franks to protect and support the Church and city. Martel refused at first but later changed his mind and sent enough help that Rome and the pope were safe from the invaders. When Martel became sick, the Franks stopped their support.

In the hopes of supporting Saint Boniface, Gregory appointed him an archbishop and sent him to work in Germany. The two had a close relationship, with Boniface coming to Rome to meet with him and Gregory appointing him a papal legate. Though some Romans at the time ate horse meat, Gregory outlawed the practice because he believed it was connected to pagans. As the Lombards continued their trek towards Rome, Gregory felt hopeless. He died near the end of November of 741. The cardinals came together to select Zachary as the next pope just a few days later.

*He was born circa 669 in Syria, which would make him 41 when he became the pope.
*His birth name was Grēgórios. He chose a shortened version of that name after becoming the pope.
*He died on November 28, 741.
*Gregory III was in Rome when he died from natural causes around the age of 51.
*His papacy began on February 11, 731.
*Gregory III reigned as pope until his death in 741.
*Just a few days after his death, the cardinals selected Zachary as his successor.

*During his papacy, Gregory began work on the oratory at St. Peter’s Basilica. After his death, the Church finished the work and had him buried there.
*The Feast of St. Gregory is a celebration held every year on December 10.
*Pope Gregory III is one of the only popes who was not born in Europe. He was the last pope elected from outside of the continent until the election of Pope Francis.
*Gregory remains the last of the three popes in history who were born in Syria.
*A legend claims that cardinals picked Gregory as the next pope during the funeral procession for Pope Gregory II. The legend states that they recognized him on the spot and believed he was the best choice for the throne.