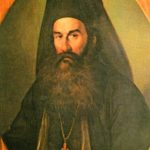 Pope Gregory V was the 138th leader of the Catholic Church and the fifth man to use the name Gregory. He chose this name in honor of his predecessors and set a precedent that other popes still use today. If you want to learn about his policies and short reign, keep reading.

The future Pope Gregory V knew from an early age that he would work for the Church. His grandfather was Otto I and a former Holy Roman Emperor. Otto I was also the name of his father. He was both the Duke of Carinthia and a member of the Salian dynasty, which included a number of wealthy leaders and rulers. His official place of birth is listed as Stainach, which was part of the Duchy of Carinthia and the Holy Roman Empire. It was also part of Germany. His parents named him Bruno von Karnten.

Holy Roman Emperor Otto III worked closely with Bruno and had him act as his chaplain. The two were also cousins. When Pope John XV passed away, the emperor nominated Bruno as the next pope. The Church quickly agreed that he was the best choice and elevated him to this position on May 3, 996.

Upon choosing the name Pope Gregory V, the new pope would quickly officially crown his cousin as the Holy Roman Emperor, likely due to the man nominating him. They brought others to Rome for a synod just a few days later in which they restored Arnulf as the Archbishop of Reims, a position that he previously lost to Gerbert of Aurillac. This action caused Robert II of France to both stand down and separate from his wife, Bertha of Burgundy. Bertha was a widow with children and the second cousin of Robert. When the two announced plans to marry, there was much opposition as Robert had divorced his first wife. The pope threatened to excommunicate the pair if Robert did not walk away.

Pope Gregory V was only 27 when he died. He showed no signs or symptoms of illness but passed away while performing his official duties as pope. There were no signs of foul play to indicate that the pope was murdered. As with other popes, the Catholic Church had Gregory V interned in Saint Peter’s Basilica where he was placed close to Pope Pelagius I.