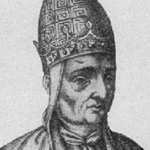 Pope Honorius IV was born Giacomo Savelli. He ran the Catholic Church and Papal States during a difficult time of transition for Christendom. In the time of his pontificate, he attempted to continue his predecessor Pope Martin IV’s policies while taking a softer and more diplomatic approach to issues troubling the Christian world in Europe. Honorius was unable to lead a crusade in his short two years as pope, but he made major efforts to advance plans for a future one.

Before Honorius was raised to the papacy and took his new name, he was Giacomo Savelli. Savelli was born into a rich and powerful family in Rome. His father Luca was Senator of Rome when he died in 1266 A.D., while his mother Joanna was a part of the Aldobrandeschi family. Savelli spent his studies at the University of Paris in France where he had a canonry at Chalons-sur-Marne Cathedral. Another interesting post he received was that of the church rector of Berton in England’s Diocese of Norwich, though ironically he never went to England during his life.

Savelli next became the Cardinal Deacon of Santa Maria in 1261 A.D. Pope Urban IV similarly gave him the appointments of papal prefect to Tuscany as well as captain for the army of the pope. Despite this, the now-Cardinal Savelli preferred diplomacy and followed the path of a diplomat whenever he could in his career.

Years later Savelli stood as one of six cardinals to elect the Pope Gregory X in a compromise in 1271 A.D. at the conclave they held in Viterbo (thanks to the turbulence going on in Rome). Cardinal Savelli also had the honor of being only one of three cardinals who went to Viterbo in 1276 to open negotiations with the German Rudolf I of Hapsburg regarding the upcoming imperial coronation to be held in Rome.

A final appointment that Savelli received in 1277 A.D. was to become the Protodeacon of the Sacred College. In this role, he served by crowning both Popes Nicholas III in 1277 and Martin IV in 1281.

Once he became Pope in 1285 A.D., Savelli took the name of Honorius IV. He became embroiled in the terrible conflict going on in Sicily between various contenders to the throne that had led to the Sicilian Vespers massacre on March 31 of 1282 A.D. Pope Honorius had watched the unfolding events firsthand in his prior positions, and he opted to pursue a more peaceful and diplomatic approach to reconciling the conflict without resorting to the use of the papal army as his predecessors had tried.

Honorius managed to improve relations with the brother to King Jaime of Sicily the King Alfonso II of Aragon before he died. A peaceful resolution to the long-running conflict in Sicily (and Aragon) did not come about until 1302 under a succeeding Pope Boniface VIII.

Honorius also kept the moderate policies of one of his predecessors Gregory X regarding the Holy Roman Empire. Pope Honorius became the first head of the church to use the important family banking houses in northern and central Italy to help collect the papal dues.

While Pope Honorius IV never launched the crusade for which he inherited plans in progress, he did advance the cause. The pope collected money that the Council of Lyon had imposed as tithes to help fund it via his agents the banking houses of Siena, Florence, and Pistoia. Mongol Khan Arghun dispatched a letter and emissary to Honorius in the year 1285 A.D. in an effort to join forces on a joint venture against the Muslim rulers and lands. Exciting as the idea was to him, the now-aged pope was in no position to organize and orchestrate such an enormous undertaking.

Honorius IV studied at the University of Paris and loved foreign languages.

Pope Honorius turned out to be the last of the popes to be married before being ordained (per John Julius Norwich).

As Cardinal Savelli, Honorius received unanimous election to the papacy on the first ballot, despite the fact that he was both aged and crippled.

Honorius IV succeeded a man he crowned to be pope (Martin IV).

While pope, Honorius encouraged studying Oriental languages in the University of Paris so that he might assist the diplomats and clergy working to reunify the split Eastern and Western churches.