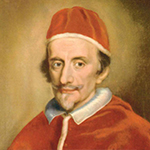 Innocent XI was the 240th leader of the Catholic Church and the 11th among them to choose the papal name of Innocent. Considering there have been quite a few popes over the centuries, this guide has been written to make Innocent XI stand out a bit more from the crowd. Below, you will read a brief view of what he did before becoming pope, what he did during his time, learn his stat sheet and even discover a few interesting things about him.

Benedetto was born the son of minor nobility. His father was Livio Odescalchi, his mother was Paola Castelli Giovanelli and he had six siblings. Despite being from nobility, the Odescalchi clan wanted to get into business. in 1619, one of his brothers established a bank with the help of three Genoan uncles and the venture managed to become a successful money-lender. Once he’d finished studying his language, the teenaged Benedetto relocated to Genoa to apprentice under the family banking business.

When Livio died in 1626, Benedetto took to learning the humanities from the local Jesuit college, then moved to Genoa. At some point between 1632 and 1636, he decided to relocate to Rome, then again to Naples, so that he could focus on learning civil law. This mission earned him several civil titles, including the role of Macerata’s governor.

March 6th, 1645 would see Pope Innocent X appoint Odscalchi to Cardinal-Deacon of Santi Cosma e Damiano, following by serving as legate to Ferrara. It was during his tenure as legate that he did his best to aid its famine-stricken people, with a papal introduction describing Benedetto as “father of the poor.” Five years later, Odescalchi would become Novara’s bishop, where he used all of his funds to aid the sick and poor. He even resigned from his bishopric, with permission, to consult with various congregations.