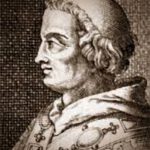 Pope John V was known for his generosity with the poor. He served as the 82nd Pope. Unfortunately, he only served for a little over a year. At the time of his papacy, John V was quite ill. As a result, he died suddenly in his sleep and achieved very little during his reign.

Unlike most Popes before him, John V did not come from Rome. He was of Eastern origin. The Pope was born sometime around 635 in Antioch, which was an ancient Greek City. Today, the area of Antioch is part of modern-day Turkey.

Thanks to his fluency in Greek, John V was named papal legate to the Third Council of Constantinople. As a deacon, he also represented the Apopolistic See. He was favored by Emperor Constantine, which only helped to improve relations between Rome and the Empire.

John V was elected pope by the general public of Rome in 685. His election was a unique one because it didn’t require imperial approval. Emperor Constantine IV had removed that requirement after John V’s predecessor, Pope Benedict II. The Emperor decreed that the elected pope would be ordained pontiff without delay.

During his tenure as Pope, John V did a lot to help the poor. Thanks to the improvements with Byzantium, the Emperor reduced several taxes and even eliminated some outright.

His dedication to helping the poor was one of his biggest legacies. It’s believed that his generosity inspired some of his immediate predecessors.

John V spent most of his papacy with serious illness. He died in his sleep barely a year after his papacy started.