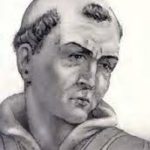 A pious and educated man, Pope John XIII is remembered favorably throughout history. He served as the 133rd pope. His tenure as pope was quite dramatic. He had a lot of opposers during his early years. However, he was able to accomplish many things politically that helped to improve the papal’s territorial claims in Italy.

Born Pietro Canepanova, the future pope was born in Pavia. This city was the capital of the Kingdom of the Lombards. He joined the Church and eventually became the bishop of Pavia. Canepanova then went on to serve as the imperial archchancellor for Italy. He served under Emperor Otto II. His relationship with Otto II is what led to his election as Pope.

Pope John XIV was elected as pope late in 983. He was chosen by Otto II without any consultation. The clergy nor the people of Rome had any say in the matter. Thus, it was a somewhat controversial decision. Even Otto II’s own mother and wife wanted someone else.

Unfortunately, Emperor Otto II died shortly after the Pope’s consecration. His heir, Otto III was only three years old at the time. Suddenly, the Pope was without any protection.

Antipope Boniface VII took advantage of the controversy surrounding John XIV’s election. He went to Rome and had John XIV imprisoned at Castel Sant’Angelo. The Pope was then poisoned or starved.