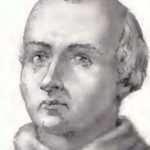 Sabinian was the 65th Pope in history. Though he achieved certain notable accomplishments, Catholic Church and European history experts widely consider Pope Sabinian one of the most disliked Pontiffs for certain actions he took during his time in office.

Little is known about Pope Sabinian’s early life. In fact, historians never even discovered what his actual birth name was. That said, they were able to confirm that he was born in 530 AD in a town called Biera to a man named Bonus. Biera was located in the Eastern Roman Empire.

Historians believe there is so little information about Pope Sabinian’s youth because of the era he grew up in. During the first 10 years of his life, two major volcanic eruptions occurred across the European continent. These disasters led to strange weather patterns, such as, frequent storms, long periods of heavy rains and large floods. Unfortunately, these events forced people to move from place to place on a regular basis and experience unfortunate events, like disease and starvation.

During his later tenure as a Priest, Pope Sabinian became a close associated of the popular Pope Gregory I, who was later given the nickname “The Great.” Eventually, Pope Gregory named Sabinian Cardinal Deacon on October 15, 590. Shortly thereafter, Gregory chose Sabinian to be his representative to the Byzantine Empire, which was headquartered in Constantinople.

Pope Gregory died on March 12, 604. Following Gregory’s death, Sabinian was elected to be his successor. However, it would be six months before Pope Sabinian officially assumed control. During that time, a new Pope could not officially begin his duties until receiving approval from the Emperor. Therefore, Sabinian’s official term would not start until September 13, 604.

One notable accomplishment credited to Pope Sabinian is the addition of more clergy persons. During his reign, 27 new Bishops were appointed. Additionally, this Pontiff created the tradition of ringing bells to commemorate the canonical hours, which signals specific prayer times during the day.

Unfortunately, however, Pope Sabinian is most remembered for what many Church and European historians believe was significant mistreatment of the poor. His short term in office was filled with bad events, such as several outbreaks of deadly diseases, periods of starvation amongst the citizens of Rome and the continual threats of invasion by an army of people known as the Lombards.

In an attempt to prevent the Lombards from invading Rome, Pope Sabinian paid their leaders a large amount of money. In the days that followed, the Church had limited funds to help address a spreading famine in which many Romans were falling victim to starvation. During previous famines, Pope Gregory had generously used Church funds to help feed starving people. However, in a move that angered his subjects, Pope Sabinian charged starving people a fee for available food.

Romans never forgave Pope Sabinian for this decision and it haunted the Pontiff even after his death.