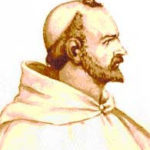 Pope Lucius III was the 171st pope. While he was pope for four years and 85 days, he spent all but the first four months living in exile.

Friendly to the Order of Cistercians

He was very friendly to the Order of Cistercians, but he never officially joined them. This group of priests and nuns branched off from the Benedictines. They were led by Bernard of Clairvaux to follow the Rule of St. Benedict to live in peace, pray and work.

Pope Innocent II named him a cardinal in May 1141. He was assigned as a cardinal deacon to San Adriano, which is better known as the Senate House of Curia Julius because Julius Ceasar initially started the building. He was moved later to become a cardinal-priest at Santa Prassede, a minor basilica in Rome. Once Pope Adrian IV was elected, he was appointed as Cardinal-Bishop of Ostia and Velletria.

Dean of the Second College of Cardinals

The other cardinals voted him dean of the Second College of Cardinals. Throughout history, nine deans have been elected pope. Ubaldo Allucingoli was the second one to be elected following the election of Pope Anastasius IV in 1153.

Interesting Facts About the Pope