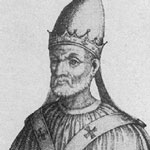 Pope Martine IV, also known as Simon de Brion, was of a French nationality who reigned from 1281 to 1285. He assumed the name Martin IV since the names of his predecessors Marinus were misread as Martin II and Martin III. In this article, you will be able to know more about the Pope’s background and facts about him.

Simon de Brion attended a university and pursued law in Padua and Bologna. Later on, he was appointed as papal to a canonry at the cathedral chapter in Rouen then later he became an archdeacon. A French king called Louis IX appointed de Brion as the treasures of St. Martin church in Tours. King Louis IX established the French royal convent, where he appointed Simon de Brion as the guardian. In 1259, Simon became a member of the king’s council and was charged with keeping a great seal. He became the France chancellor, a massive position in the king’s household. He served as the king’s chancellor from 1260-1261 when he became a cardinal.

In 1261 Simon de Brion was appointed as cardinal by Pope Urban. The Pope required that his affairs be run by a high-level French personality to deal with King Louis IX together with Charles of Anjou, and both were brothers. Due to the experience of Simon de Brion in legal matters and has worked as the king’s chancellor, he was the ideal candidate for the task.

On 1281 Simon de Brion was appointed solidly as a pope without any opposition.

After being appointed to the papacy, Simon de Brion appointed Charles of Anjou to be Rome’s senator. This is based on the trust he had on him. Through their collaboration, Pope Martin IV managed to excommunicate Michael VIII Palaeologus, an Eastern Roman ruler. This is because he became an obstacle to Charles’s intentions of restoring the Eastern Latin Empire, which was established after the fourth crusade. This lead to the breakage of the union between the churches in Latin and the Greek.

As a result of a bloody massacre known as Sicilian Vespers, Charles was unable to control Sicily Island in 1282. This was as a result of Sicilians electing Peter III of Aragon to be king and seeking the confirmation from the Pope, which was vanity despite their willingness to declare Sicily as a vassal papacy state. As a result, Pope Martin decided to use all the assets at his disposal against Aragonese to retain Sicily for Anjou’s house.

• Born in Chateau of Meinpincien
• Birthdate was in between 1210-1220
• Died on 28 March 1285
Pope Martin IV died after having a regular lunch together with the chaplains and got troubled with an abrupt ailment. The same date was a feast of annunciation after the celebration of an intense mass on Easter Sunday in the cathedral at Perugia.
• The papacy began on 22 February 1281
• Papacy ended on 28TH March 1285
• After papacy, Pope Martin IV was succeeded by Pope Honorius IV.

• After his declaration as Pope, Viterbo hosted the third papal conclave within 15 years
• complaints which endangered the legitimacy of the election and participant’s life was experienced for the third time.
• During Martin’s reign, Viterbo was banned from ex-communication and the restriction for the confinement of the cardinals.
• The Romans refused the coronation of the new Pope to happen in Rome since he was a hated Frenchman.
• Due to Romans’ influence, most of the cardinals appointed by pope Martin were from Rome, and only one was from outside Rome.
• Pope Martin IV was unable to stay in Orvieto due to of Raynerius, the Orvieto captain’s antagonism.