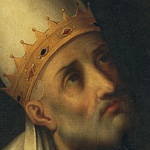 Pope Nicholas IV was the first member of the order of Saint Clare, to become a leader of the Catholic Church. He was the 191st pope, who people considered to be peace-loving and devoted. Here are some facts about pope Nicholas IV and captivation knowledge about his life and papacy.

Life before the papacy

He came from humble beginnings and joined the Franciscan order when he was very young. He later became a Franciscan friar and was elected to be the order’s high-ranking minister for Dalmatia. This was done during the Franciscan chapter that was held at Pisa in 1272. In the same year, he was sent as a papal delegate to Constantinople, a Greek territory whose ruler was named Emperor Micheal Palaiologos. The delegates were sent to invite the Greeks to participate in the upcoming assembly of Lyon.

After two years, he took the place of St. Bonaventura, the order of Saint Clare’s Minister General. After his death during a chapter at Lyons, it was the fifth chapter ever held on 1274 July 15. He was elected while he was absent as a delegate in the Greek embassy in Constantinople. In 1278 Pope Nicholas III made him a cardinal. However, he was still allowed to remain minister General of the order of Saint Clare until the next chapter. In 1281 Pope Martin IV promoted him to Cardinal Bishop of Palestine.

When Pope Honorius IV died on April 3, 1287, the conference was held at the papal palace where Pope Honorius died. All of which was under the constitution implemented by Pope Gregory X. However, because of the sudden death of six electors, the cause was fever. The next year they assembled again, with seven electors including Jerome. On 1288 February, the surviving electors chose Jerome Masci as the 191st pope. He accepted the offer to become the pope on February 22. He wanted the name Nicholas to remember Pope Nicholas III who had made him a cardinal.

After the loss of six cardinals during the election process, Pope Nicholas decided to fill the vacancies as his priority. However, he didn’t exceed the previous number recorded, nor did he reach it. Pope Nicholas named six cardinals to replace them on May 16, 1288. He also made a law that grants cardinals the authority to acquire income from the holy see and share of the financial management.

During Nicholas IV’s time as pope, he allowed the university of King Denis to be granted Stadium general in Portugal. In 1291 Nicholas IV gained enthusiasm for crusades after the loss of Acre.