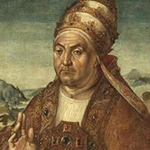 Sixtus IV was the 212th pope and the fourth man to use the name Sixtus. He belonged to the Franciscan Order and was known for an inquisition that he launched at the behest of royalty. This article takes an in-depth look at the life and times of Pope Sixtus IV.

Before becoming the pope, Sixtus III was an Italian man born to poor parents in Celle Ligure. Known as Francesco Della Rovere, he lived with his family in a small town close to the ocean. Though he expressed an interest in political work, he joined the Franciscan Order and began taking classes at the University of Pavia. The Order elected him as the Minister General in 1464, which caught the attention of other orders. Pope Paul II named him a cardinal in 1467 and sent him to work in Vincoli.

When Pope Paul II passed away unexpectedly, the College of Cardinals quickly nominated Francesco for the role. They picked him because of his university experience and his work as a lecturer. He also gained a strong reputation for some of the treaties that he wrong, including On the Power of God. Though his papacy officially began on August 9, 1471, he wasn’t consecrated until the 25th of that month. He chose the name Sixtus IV to recognize former popes who used the same name.

Sixtus IV quickly appointed many of his friends and family members to positions where they could assist him during his papacy. He also supported the crusade efforts in Smyrna to stop the Ottoman Turks from invading. Some claimed that the pope was guilty of nepotism because of how many family members he appointed into new positions, including six of his nephews who became cardinals. One of his nephews, Pietro, used his uncle’s position to expand his fortune as he handled the foreign policies of the Church.

Pope Nicholas V issued several papal bulls that allowed the Portuguese to enslave African men and women. Queen Isabel and King Fernando of Spain asked the pope to issue an inquisition because they wanted to take control of the Canary Islands. This inquisition led to 90 men and horses to enter the island where they found that the natives retreated in fear. Sixtus IV later issued a papal bull that prohibited pirates and others from enslaving the Christians who lived on those islands. Historians believe that this was an attempt to force natives to convert to the Church or become slaves.

In the first week of August 1484, Pope Sixtus IV became sick. When he visited Rome on August 10, he was so ill that he canceled his existing plans and took to bed, where he was found dead two days later. The Sack of Rome n 1527 led to the destruction of his tomb and relics. St. Peter’s Basilica in Rome now has a monument dedicated to his honor that bears a relief of his face and body.