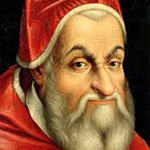 Sixtus V was the 227th pope and the fifth man to use this name. He ruled for more than five years between 1585 and 1590 and was known as a tough pope. You can find out more about his life and how he helped Rome in the following article.

Before becoming pope, Sixtus V was a poor man born in Grottammare. He was given the name Felice Piergentile at birth, but the future pope was also known as Felice Peretti. Though Church records indicate that his family lived near modern Marche, some historians believe that his family adopted their surname after his father lived in a small village of the same name. As a young man, he joined the Conventual Franciscan Order and worked as an inquisitor in Venice. He would serve as a cardinal priest and a bishop in two churches in Italy before becoming pope.

Pope Gregory XIII was pope for more than a decade before becoming ill and passing away. The cardinals responsible for electing the next pope wanted to find someone strong and healthy. They hoped that the next pope would lead the Church for years and selected Felice. Though he was in his early 60s, he appeared stronger than some of their other candidates. His papacy began on April 4, 1585.

After choosing the name Sixtus V, the pope began working for the Church. He learned that his predecessor was much stricter and decided to continue with his actions. He called for the execution of both men and women who worked for the Church if they were not celibate and had the heads of robbers and other criminals displayed on pikes across Rome. Sixtus also implemented new taxes to build a surplus in case the Church needed to launch another crusade.

During his later years, Sixtus V began speaking out against abortions. He claimed that aborted children could not enter heaven and demand that anyone who aborted would be excommunicated from the Church. The pope spent much of his later years assisting the Counter-Reformation movement and helping others create new buildings in Rome. On August 24, the pope came down with a high fever that grew worse in the coming days. This fever was a symptom of malaria that he contracted, though historians do not know how he came down with the illness. Just three days after exhibiting his first symptoms, the pope passed away. Through the work he did as pope, Sixtus raised more than three million in funds that the next pope could use to help the city. Historians today remember him as both a severe and tough pope as well as a successful one.