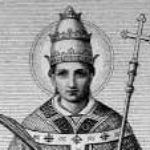 Pope Alexander I was the first man to choose the name Alexander as leader of the Catholic Church and the sixth man chosen for this position. Also known as Saint Alexander I, he reigned for around eight years and was laid to rest in Germany. This article looks at Pope Alexander I and his time as the Church’s leader.

Very few records remain from this era. The man later known as Pope Alexander I was born in Rome, Italy in the Roman Empire sometime around 75. Experts believe that he was around 30 when chosen to rule the Church, which would make him one of the youngest men elevated to the papacy at the time.

As pope, Alexander I was known for water blessings. He began mixing small amounts of water with salt and using the mixture as he blessed the homes of followers. The idea was that this mixture along with the words from the pope would bless the building and keep it safe from evil factors. He would also mix the sacramental wine with water for blessings. Some experts today believe that this was a legend attributed to him and not something that he actually did.

During his later years, Alexander I remained active in the Church. When Hadrian took control of the Roman Empire, Alexander I met with the man and converted him to the Catholic Church. This would also lead to the conversion of all 1,500 people in the man’s community. Alexander I believed that converting them to the Catholic faith would help them in life and after they did.

Alexander I was one of the early martyrs associated with the Catholic Church. At that time, there was strife in Rome and some people who no longer followed its teachings. Some of those men captured the pope while he was traveling along the Via Nomentana, which was an old road leading through Italy. They transferred him to jail and kept him there after they found him guilty. During his time in prison, the pope converted some of his fellow prisoners who would later become known as the Martyrs of Ostia. There is a legend that claims he converted his jailer too.

Pope Alexander I died by beheading on May third. Though the Church is uncertain of when it happened, they believe it likely occurred between 113 and 119. The body of the pope was also burned, but historians don’t know if it happened before or after the decapitation. Three martyrs were buried together in a spot near the road where the prison once was. One of the men entombed had the name Alexander I. Historians now think that this was another man with the same name. The relics that the pope left behind were sent to a Church in Bavaria, Germany in 834, including some of his remains.

Quick Facts About Pope Alexander I

*Alexander I was born in Rome circa 75.
*His listed date of birth is January 10, 75.
*He died sometime around 115.
*Records show that Alexander I was a martyr and killed by decapitation in Italy.
*The papacy of Alexander I began circa 107.
*His papacy ended circa 115.
*Pope Sixtus I, also known as Saint Sixtus I, became the next pope of the Catholic Church.

Interesting Facts About Alexander I

*Some records show that Pope Peter was 29 when he was chosen as the first pope. If this is true, it would make Peter the youngest pope before Alexander. Other records show that Peter was 32 when chosen, which would make Alexander I the youngest pope of the era.
*An early book that discussed the history of each pope claimed that Alexander I was the first to mention the Last Supper during Mass and that he would mention the event every week. During the early 20th century, a new researcher claimed that this wasn’t true and that it was another pope who began the tradition.
*Among those converted to the Catholic faith by Alexander I include Balbina of Rome and Quirinus of Neuss. Alexander I converted Quirinus of Neuss while being held in jail. Balbina of Rome would later become a Catholic saint known as both Balbina the Virgin and Saint Balbina.
*Both the Orthodox Church and the Catholic Church canonized Alexander I. They celebrate his life with feast days held on May 3 and March 16.
*In addition to being the sixth pope of the Catholic Church, Alexander I was also the sixth pope to become a saint. The Catholic Church recognizes him as a martyr.