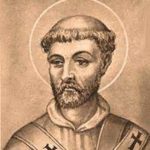 Pope Hyginus was the only pope known by this name and the ninth man to assume the role. He later became a saint in the Eastern Christianity religion but was only pope for a little more than four years. You can find out all about Pope Hyginus and his life in this article.

Ancient records do not indicate much about the early life and times of Pope Hyginus. Born in Athens around 74, he spent his early life in Achaea, which was part of the Roman Empire. Some believe that he was a philosopher and worked with theologians before moving to Rome. It was there that he met with Valentinus and other theologians of the time, which helped shape his beliefs as pope. His time in Rome also exposed him to some of the heretics he would later encounter and instilled him a commitment to the Catholic Church.

According to some records, Pope Hyginus was the first pope to regulate the Easter holiday. Not only did he call for celebrations to be held on Sundays, but he regulated that concept so that all churches in the west used the same idea. Hyginus also lived in Rome at the same time that Cerdo did. Cerdo was a known heretic that recanted his early beliefs and became a member of the Church again. When he began preaching heretic teachings again, the Church excommunicated him. The pope excommunicated Cerdo mainly due to the man’s teachings that Jesus Christ was a man and not born to the Virgin Mary. No one knows when the pope came to Rome or what brought him to the city. While there are records surrounding the other early popes and their elevation to the position, no records are available about Hyginus and his election.

Hyginus ruled as pope for four years and six days, which makes him one of the only popes in history to reign for less than five years. Though there aren’t any official records to prove that he was a martyr, he’s listed as one in the Roman Catholic Church. During his time as pope, he faced opposition from a number of people who did not agree with the Church’s teachings. Some of the persecutions he experienced made it difficult for him to reign and led to the pope exhibiting some signs of illness. One sign that points to him being a martyr is that the Church elected a new pope before Hyginus died.

The Church picked Pius I as the 10th pope and elevated him to this position on January 11, 140. Also known as Saint Pius I, he became a saint because he was a martyr and killed for protecting the Church’s beliefs. Though Pius reigned for more than 15 years, he became pope while Hyginus was still alive. Some records show that he lived for up to two years after leaving the position. Following his death, the Church had Hyginus moved to St. Peter’s Tomb in Rome and buried him on Vatican Hill. Vatican Hill is part of the Seven Hills of Rome and dates back to ancient times. It became part of the city limits in the ninth century after Pope Leo IV had the walls of the city extended to wrap around the hills. Hyginus shares his final resting place with several other popes who served before and after him.

*Pope Hyginus was Greek by birth and the first pope born in Greece.
*He was born circa 74 in Athens, Achaea.
*The pope died circa 142.
*Modern experts believe that Hyginus died as a martyr, which led to him becoming a saint.
*His papacy began circa 136.
*The papacy of Hyginus ended somewhere around 140.
*Pius I succeeded him as pope and took the position while Hyginus was still alive.

*The name Hyginus means healthy or wholesome.
*Pope Hyginus was the first pope to introduce the concept of godparents for baptisms. Though other popes practiced baptisms, Hyginus was the first to ask the parents to pick godparents and have them take part in the celebration.
*While other popes were born in Greece, Hyginus was the first man elevated to this position from that area.
*In Eastern Christianity, Hyginus is a saint. The Church named January 11 as his feast day.
*Despite many historians believing that he was a philosopher, others think that early records confused him with two philosophers from the same era who had similar names.