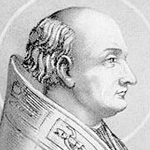 Pope Leo III served the Catholic Church as the pontiff from the years 795 A.D. to 816 A.D. for more than 20 years. The interactions he had with Holy Roman Emperor Charlemagne caused lasting implications for the temporal and ecclesiastical powers of the papacy and for relations with the Eastern empire and church. The Catholic Church made Pope Leo III a saint hundreds of years after his death.

Pope Leo came from a humble background (in the south of Italy) of parents Atyuppius and Elizabeth. Leo’s predecessor Pope Adrian I made Leo III the cardinal-priest of Santa Susanna.

Leo was serving as cardinal when the Western church elected him to be the successor to Pope Adrian I. The conclave chose him on the day after Christmas in 795 A.D. and then consecrated him on December 27, 795 A.D. Pope Leo immediately changed an important policy of his predecessor when he assumed the mantle of the pontiff.

Pope Adrian had made efforts to keep up papal independence in the increasing rivalry between the West and the East through playing Charlemagne and the Byzantine emperor off against each other. Pope Leo III changed this policy by instantly recognizing Charlemagne as the Emperor of the Romans. This stirred up many of Byzantine Emperor Adrian’s supporters who plotted against Leo.

In a procession in Rome that took place on April 25, 799 A.D., Adrian’s supporters in the city assaulted the pope with the intention of accusing him of improperly conducting his role as head of the church. Their scheme involved an effort to cut out his tongue and blind him so that he would no longer be qualified to hold the office of the papacy. Leo III wisely fled the city to the court of Charlemagne who was at Paderborn.

Pope Leo III and the Return to Rome

Leo received support and help from Charlemagne so that he was able to return to Rome under an armed escort and with a commission in November of the same year 799 A.D. The commission looked into the complaints that the conspirators had leveled against Leo, arrested his accusers, and then deported them.

In 800 A.D. a pivotal moment between Pope Leo III and Charlemagne occurred when the Frankish ruler came to Rome in the fall in an effort to restore the still-elusive order to the church. On Christmas day at a consecration ceremony involving Charlemagne’ son and heir apparent Louis the Pious, the pope suddenly and unexpectedly crowned Charlemagne as Roman Emperor.

In this choice to crown Charlemagne as the new emperor, Leo set a legal precedent that the pontiff was the only individual with the necessary authority to crown the Western emperors. The pope was frustrated in his design to create a fully legal Western empire by the refusal of the Byzantine emperors in the east to accept Charlemagne as an equal.

Pope Leo III did manage to divide the East and the West permanently with this decision to back a rival to the eastern emperors. It would contribute to the split between the Catholic and Orthodox churches centuries later as well. The rift was never entirely healed.

Leo III had to flee for his life from Rome to the Holy Roman Emperor Charlemagne’s court.

Leo’s enemies accused him of the charges of perjury and adultery, but Charlemagne tried and cleared him of any wrongdoing.

Pope Leo committed the defense of the island Corsica to Emperor Charlemagne as a result of Muslim raider attacks.

Pope Leo III was not canonized by the church until the reign of Pope Clement X in the year 1673 A.D.