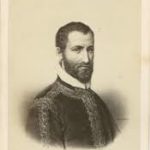 Marcellus I was the pope from 308 to 309 and the first to choose the Marcellus name. The Catholic Church now recognizes him as both a martyr and a saint. This article will look at the life and papacy of Pope Marcellus I.

Though Marcellus became the 30th pope of the Catholic Church, not many know about his life before accepting this role. He was born circa 255 in Rome, Italy and grew up in the Roman Empire. Marcellus used his birth name after becoming pope and succeeded Marcellinus.

Role in the Church

Marcellus inherited a Church filled with strife and problems. Christians at the time were persecuted by others and saw some of their church buildings defiled or destroyed. They also saw the opposition attacking the burial sites of their loved ones and religious leaders. Marcellus took steps to bring back those who turned away from the Church and to help Christians feel safe again. He divided the district into 25 territories and asked his fellow leaders to step up and take control of those areas. The points he appointed granted communion, baptized small children and led weekly services.

Though Marcellus welcomed back parishioners who left the Church, he did not let them immediately return. The pope asked them to do penance and state publicly that they were both returning and were sorry for their past actions. This led to issues as returning Christians believed that the Church should open its doors to them and allow them to return without mentioning what they did in the past. One of the men who spoke out against the pope was Maxentius.

The Lapsi was a large group of men in Rome who turned their backs on the Church. They refused to do the penance that the pope suggested because they believed that they did nothing wrong. When the pope refused to let them return to the Church, they exercised their political power to make things even worse for Marcellus. Maxentius stepped in between this group and the pope because he claimed that he wanted to help both sides. He instead had the pope exiled from Rome. Marcellus would never return to Rome and die during his banishment.

Marcellus lived a hard life in his final days. Some historians believe that Maxentius sent the pope away from Rome and made him live as a slave. Though Marcellus was only in his 50s at the time, the work was extremely difficult and took a toll on his body. Just a few months after he was exiled, the pope passed away. It was only then that he was allowed to return to Rome for his internment. Historians now think that he likely spent his last days working in the stables owned by a woman named Lucina. He was responsible for preparing the horses for the woman and taking care of them at night. The relics of Pope Marcellus I are still in an altar in Rome today.

Quick Facts About Pope Marcellus I

Interesting Facts About Marcellus I

*An early Church legend claims that Maxentius gave the pope a choice between going into exile or offering something to the gods. Maxentius was upset that Marcellus wanted to restore the Church. When the pope refused to make a choice, he was exiled.
*January 16 is the feast day for Pope Marcellus in the Catholic Church. Parishioners honor his memory on this date, which is also the believed date of his death.
*After his death, the body of Pope Marcellus was returned to Rome and buried at Saint Priscilla in the cemetery on the church’s grounds. The remains of his body, also known as his relics, were then moved to San Marcello al Corso Church. His final resting place is beneath the altar in this Roman church.
*Marcellus ruled as pope for roughly 18 months, though some records list his official reign as lasting for 234 days, which means that he has one of the shortest reigns in history.
*The Church took more than four years to appoint Marcellus as pope after the death of Marcellinus. It would take around three months before the Church named his successor.