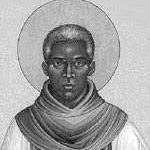 Pope St. Miltiades was the head of the Western Church and bishop of Rome during the years 311 A.D. through 314 A.D. when he died. It was during the papacy of this Melchiades the African that the Roman Emperor Constantine (“the Great”) proclaimed his history changing Edict of Milan in 313 A.D. providing long-persecuted Christianity with its first legal status in the empire. Pope Miltiades is also remembered for accepting the gift of the Empress Fausta Palace where the church would later build the Lateran Palace the pontiff’s residence and seat of administration.

History does not record the exact year of birth for Pope Miltiades although it does remember that his citizenship was Roman, his ancestry was North African and he was of Berber descent (per the Liber Pontificalis). Miltiades and the Pope Sylvester I who succeeded him were both from the clergy group of the apostate Pope Marcellinus.

Following the election of Pope St. Miltiades, property belonging to the church that had been seized under the notorious Diocletian Persecution became restored by Roman leader Maxentius. Several customs have become associated with Pope Miltiades per the Liber Pontificalis. These included the idea of not practicing fasting on either Sundays or Thursdays and the distributing of consecrated bread to all churches near Rome as an expression of unity.

In October of 312 A.D., Constantine vanquished Maxentius at the critical Battle of the Milovian Bridge, ascending to the role of undisputed Western Roman Emperor in the process. After accepting Christianity, Constantine gave the Empress Fausta Palace to Pope Miltiades. This would become the site of the Lateran Palace the stronghold and seat of power for the Catholic Church administration and the official residence of the popes.

Pope St. Miltiades is remembered for being the pontiff who experienced the peace of the church granted by Constantine. Thanks to an arrangement between Western Emperor Constantine and Eastern Emperor Licinius in February of 313 A.D., this peace expanded to all parts of the Roman Empire. Christians could now worship freely and also received back their confiscated churches and other property.

The church in Carthage, North Africa suffered from a schism surrounding Bishop Caecilianus’ election under the pontificate of Pope Miltiades. Donatus opposed the bishop on the basis that any heretics and schismatics should have to be baptized and ordained a second time before regaining their former offices. Donatus’ supporters appealed directly to Constantine and asked for judges out of the province of Gaul (modern day France) to hear the case.

Constantine appointed Pope Miltiades and three bishops from Gaul to judge the argument in what became the first instance of a Roman emperor getting involved in affairs of the church. Pope Miltiades was torn between his relationship with Constantine and a church council that might provide an outcome less than certain so he converted the hearing into a traditional church synod and named another 15 Italian bishops to the adjudication panel.

The Donatists did not like these Lateran Council arrangements which now centered on Roman civil proceedings and required arguments backed by evidence. They departed the council permitting Pope Miltiades to rule against them and to declare their teachings as heresy. This did not prevent Donatism from spreading throughout North Africa. Meanwhile they appealed again directly to Emperor Constantine who convened a church Council of Arles that also ruled against the teachings of the Donatists in 314 A.D.

When Emperor Constantine called for a church Council of Arles in year 314 A.D. Pope Miltiades was already ailing. He perished on January 11 of the same year before the council got underway. Pope Sylvester I succeeded Miltiades who the church buried along the Appian Way at the Catacomb of Callixtus.

Pope Miltiades’ election as pontiff July 2, 311 A.D. ended the sede vacante or vacancy of the papacy that had resulted from Pope Eusebius’ exile to Sicily (by Roman Emperor Maxentius) and death.

An early Lateran Council occurred under the reign of Pope St. Miltiades during October 2-4, 313 A.D. in which St. Miltiades used the template of Roman civil proceedings including strict rules for argument and evidence.

Though Pope Miltiades ruled against the teachings of Donatism it failed to stop them from spreading throughout North Africa.

Miltiades has been accused by his historical contemporaries of apostasy (supposedly practiced by his predecessor Pope Marcellinus) in offering incense to Roman gods and giving up sacred texts.

The innocence of Pope St. Miltiades was argued vehemently by near-contemporary and legendary church historian and writer St. Augustine of Hippo.