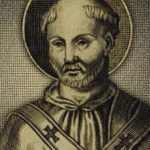 Pope Pontian was the 18th pope and the ruler of the Church for more than five years. After being exiled from Rome, he abdicated the throne to make the process of choosing the next pope easier for the bishops. You can use this article to learn about his exile and papacy.

Pontianus was born in Rome, Italy circa 175 AD. An early biography of the popes claims that he was born to Calpurnius and an unnamed mother. He lived in Rome for most of his life and was a citizen of the city. The future pope likely worked with an under other popes, including Urban I and Callixtus I.

Pope Pontian did not face the permission and opposition that his predecessors did. Emperor Severus Alexander was a tolerant man who saw no reason to persecute Christians. The pope called a synod to discuss the expulsion of Origen not long after beginning his papacy. Origen was a Christian scholar who saw his father martyred at a young age. He worked with the Bishop of Alexandria and asked for help becoming a priest. The bishop instead sent him on a trip where Origen found someone willing to ordain him. Demetrius, the bishop who sent him on the trip, was upset and condemned him. During the synod, the pope listed to the bishop and sided with him, agreeing that Origen should be condemned.

After Emperor Alexander died, Maximinus rejected the policies of his predecessor and decided to once again oppose Christians. To seal his decision, he sent soldiers to arrest Pontian and had him exiled to Sardinia. The emperor also ordered the arrest and banishment of Hippolytus of Rome who was the antipope from 217 to 235. Both men were sentenced to work in the mines, which most regarded as an execution because the men were older and could not handle the hard work. Pope Pontian was 60 at the time.

Knowing what awaited him, Pontian decided to abdicate the papal throne. The Liberian Catalogue lists the official dates for the beginning and end of his papacy, making him the first pope in history to have those specific dates known. Pontian hoped that his abdication would make it easier for the Church to elect a new pope. According to The Oxford Dictionary of Popes, he died on orders from the pope and was beaten by soldiers with large sticks.

Pope Fabian would later order the return of his and Hippolytus’s bodies and had the former pope buried in the Catacomb of Calixtus. Archaeologists found the slab that covered his tomb in 1909 and discovered that someone added the word martyr to the tomb in later years. Pope Pontian is a saint in both the Eastern Orthodox Church and the Catholic Church with feast days held on August 13 and November 19.

*He was a Roman and given the name Pontianus at birth.
*Pontian was born circa 175 AD.
*He died in October of 235, just one month after abdicating.
*During his exile, Pontian faced many hardships. In his last hours, a group of men surrounded him and beat him with sticks. He died of the injuries he sustained.
*His papacy began on July 21, 230.
*The papacy of Pontian ended on September 28, 235 when he abdicated.
*Pope Saint Anterus later succeeded him as pope. Anterus became pope almost two months after Pontian abdicated.

*The Liberian Catalogue is a manuscript from around 354 that details the history of the Christian Church. This record lists an official death date for Pope Pontian and is the earliest exact known date of any pope in history.
*Pope Pontian was the first pope in history to abdicate the throne. All other popes were either martyred or died during their reins.
*There are rumors that Hippolytus of Rome and Pope Pontian came together and reconciled their issues before they died. Some believe that they became close while working in the mines, but others believe that it probably happened when they were arrested in Rome before being sent to the mines.
*Pope Pontian is one of only five popes who abdicated before the 21st century. One of those was Celestine V who abdicated and spent his remaining days living alone as a hermit. Celestine V was also the first pope to make it canon that a pope could step down from the position.
*Pontian ruled for 1,864 days, but his successor was the pope for only 43 days.