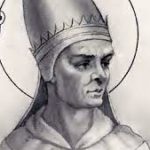 Pope Sixtus III was the 44th pope and the third of several men to choose the Sixtus name. He ruled after Celestine I and was succeeded by Leo. You can find out about Pope Sixtus III and some facts about his life in this article.

Known as Sixtus from birth, Sixtus III also used the name Xystus from an early age. He was born sometime in 390 in Rome, Italy and spent his entire life in the Holy Roman Empire. Sixtus worked as bishop for the Church for many years before becoming the pope. He became a prominent member of the Roman clergy and developed a relationship with Augustine of Hippo who would later become a saint.

Sixtus III became pope on July 31, 432 and consecrated in Rome. One of his first actions was to end the feuding between two major leaders at the time: John of Antioch and Cyril of Alexandria. The two men would finally reconcile one year later. He also spoke about the leadership of Illyria, which was a region of the Balkan Peninsula. Sixtus III believed that the pope should lead the people of this region and that he had more rights than others did. Those actions put him in direct opposition with the Proclus of Constantinople. The emperor of this region believed that he should have more control than the pope.

As the pope, Sixtus III became known for the architecture he helped create in and around Rome. Work finished on the Basilica of Santa Sabina during his reign and was dedicated to the pope. This historic church still stands today on Aventine Hill. He also helped build the Basilica di Santa Maria Maggiore, which he called the Liberian Basilica. Sixtus III dedicated this building to the Virgin Mary or the Mother of Christ. In making this dedication, the pope showed that he agreed with the Council of Ephesus. This council met to discuss whether the Church and its followers should consider Mary as the Mother of Jesus. Sixtus III’s dedication to the building showed that he believed she was the mother of Jesus. The pope also added work to a church in St. Lawrence Outside the Walls, which led to the building becoming a basilica.

Though Sixtus III is a saint in the Catholic Church, he was not a martyr like the popes who came before him were. He spent much of his rein working on local churches and improving the buildings in Rome. The Congregation for the Causes of Saints did a preliminary investigation and determined that he deserved sainthood. Sixtus III ascended to the position in his early 40s and was just 50 when he passed away from natural causes. Eight of the letters that he wrote during his papacy still exist, including some that he wrote to Augustine of Hippo. At least three of the letters attributed to him such as On Chastity and On False Teachers are forgeries written at a later date.

*Sixtus III was Roman by birth and born in Italy.
*He was born circa 390.
*Church records list his official death date as August 18, 440.
*He most likely died of natural causes.
*The papacy of Sixtus III began on July 31, 432.
*His papacy ended on August 18, 440.
*Pope Leo I succeeded Sixtus III as pope and became known as Leo the Great.

*Sixtus III was one of the only popes in history to use his given or birth name during his reign. Other men chose the names of former popes who they admired.
*Some records indicate that the pope had a friendship with a theologian named Pelagius. Known for speaking against some of the Church’s teachings, Pelagius believed that God gave all humans free will and allowed them to make their own decisions. Condemned as a heretic, he was banished from Jerusalem where he lived at the time and never heard from again.
*The official feast day for Saint Sixtus III is March 28.
*Sometime between the 400s and 500s, a book was released that described different popes in less favorable terms. Pope Sixtus III was one of the men featured in the book. Historians now believe that this was a work of fiction and regard Sixtus III as a conciliator and a helpful pope.
*As the 44th pope, Sixtus III ruled for a little more than eight years or a total of 2,940 days.