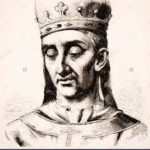 Pope St. Symmachus was the 51st pope and leader of the Catholic Church. He became the pope just days after the death of Pope Anastasius II and ruled for more than 15 years. Known for the synods that occurred during his tenure, he later became a saint within the Church.

The future Pope St. Symmachus was born in Sardina, Italy around 460 AD. Sardina was part of the Western Roman Empire at the time, which made him Roman by birth. Early records show that his father was a man by the fame of Fortunatus but do not note the name of his mother. His parents had him baptized in Rome and taught him about the Church from an early age. Pope Anastasius II named an archdeacon and asked him to work for the Church in Rome. He was living in the city when the former pope passed away.

Anastasius II was pope for just shy of two years when he passed away in Rome. While looking for his successor, the bishops quickly settled on Symmachus who developed a strong reputation for his teachings. Not everyone felt that he could lead the Church the way they needed though. A group of dissenters who sided with the Byzantine Empire met in Basilica Saint Marie on November 22 and named Laurentius as their leader. Also known as Lawrence, history recorded him as an archpriest as he never officially ruled.

Just a few months after becoming the pope, Symmachus called a synod in Rome that brought more than 70 clergymen and bishops to the city. He called the synod as a way to discuss his papacy and the problem of Lawrence. The pope released a document that gave Lawrence his freedom as long as he willingly gave up his claim to the papacy. It would take years before Lawrence agreed to the document and left the city. Some historians believe that the man felt threatened by the pope and what the Church would do to him.

The pope held a second synod at the Basilica of Santa Maria, which wasn’t as successful as the first. Discussion ranged over a bishop who visited at the request of several men who did not believe that Symmachus had a legitimate claim to the papal throne. Symmachus claimed that the bishop arrived to take over the papacy and that he could only do so if the pope left, which he did not intend to do. The discussion raged through the night and ended with several bishops leaving in fear and anger. Symmachus moved outside of Rome for his safety.

During much of his time as the pope, Symmachus fought over his position and whether he deserved it. It took several synods and meetings before the bishops finally agreed that they could not judge Symmachus and that he would receive his judgment in the afterlife. This led to Lawrence stepping down and handing over the Church to Symmachus who almost immediately returned to Rome. He would spend his later years giving charity when needed, including providing prisoners with resources and helping kidnapped victims return home. The pope also sent food, money and clothing to bishops in Sardinia and Africa after the Vandals exiled them. Upon his death on July 19, 514, the Church buried Symmachus in St. Peter’s Basilica. Known as both a pope and saint today, he is officially Pope Saint Symmachus.