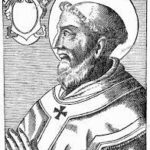 Telesphorus was a pope and a martyr killed for his support of and position within the Catholic Church. He held this position for more than 10 years and was known for the time he spent living as a hermit. The following article offers a look into the life of Pope Telesphorus.

Historians today recognize Telesphorus as both Italian and Greek. Though he was born in the small town of Terra Nova, this town is close to Calabria and near several Greek regions. He was given the name Telesphorus at birth, which translates to accomplishing a goal in English. The future pope served as a bishop for several years and worked under multiple emperors.

Many early books and records referred to Telesphorus as a hermit. Unlike the popes who came before him who lived in Rome for years, he preferred the company of nature and liked being on his own. Legend says that Telesphorus moved to a small home outside of Terra Nova near Mount Carmel and remained there until he felt a calling to the church. The time he spent in seclusion would shape his papacy as he often preferred being on his own to spending time with bishops and other religious leaders. Telesphorus also believed that his time in seclusion would help him assist others.

Once Telesphorus became pope, he found himself feuding with heretics in Rome. At that time, Rome was home to several groups that splintered off from the Christian Church. Some of those groups did not believe in the story of the Virgin Mother, and others claimed that Jesus was an ordinary man and not the Son of God. Telesphorus was forced to accept some of the changes that other religious leaders made to claim and keep his throne, including the creation of Easter and worshiping on Sundays.

During the late second century, Irenæus sent a letter to Pope Victor where he wrote about Telesphorus. A fragment of this letter still exists. It states that previous popes and bishops often celebrated Easter on different days based on what dates corresponded to the Jewish calendar. Telesphorus decided to celebrate the date with a mass held on Sunday. Eusebius saved that letter for posterity. To force parishioners to follow their beliefs, bishops at the time often refused to give communion to those who worshiped or celebrated Easter on a different day. Telesphorus disagreed with this practice and granted communion to anyone.

Not much is known about the martyrdom of Pope Telesphorus. Irenaeus testified that Telesphorus was a “glorious martyr” long before he appeared as a martyr in Liber Pontificalis. Church records often list his death and martyrdom date as January 5, 136, which is the same date listed as the elevation of Hyginus as the next pope. Telesphorus ruled as pope for 3,929 days in total.

*Two of the more common movements attributed to Telesphorus include Midnight Mass and the addition of Gloria. Some believe that he was the first pope in history to celebrate Mass at midnight on Christmas and that he had parishioners sing that song. Other stories claim that he was the one who decided Lent would last for seven weeks.
*Though the Church considers other popes and individuals who lived during the second century as martyrs, Telesphorus is the only one who has written records to show he was a martyr. Most of the others are assumed martyrs due to legends and stories passed down through future generations.
*While the Catholic Church selected January 2 as the feast day for Pope Telesphorus, the Greek Orthodox Church recognizes February 22 as his feast day.
*The Order of Brothers of the Blessed Virgin Mary of Mount Carmel recognizes Telesphorus as the patron saint of their order. Also known as the Carmelites, they selected him because he once lived nearby.
*A municipality in Quebec was named after Telesphorus. Called Saint-Telesphorus, it is close to North Lancaster, Ontario and home to around 700 people.