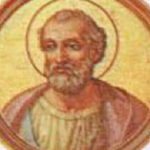 Pope Sylvester III was the 146th man to lead the Church. However, his election and subsequent reign are marred in controversy. Elected during a tumultuous time within the Church, many dispute his election to this day.

Considered an Antipope, Pope Sylvester III had a short and uneventful reign. His papacy ended less than two months after it began, resulting in a quieter life of service for the former pontiff.

While the validity of his election is a topic of contention among historians, his place in Vatican history is not questioned. He’s officially recognized as the 146th Pope even after nearly a millennia of debate over his legitimacy.

Before he became Pope, Sylvester III was Giovanni dei Crescenzi. Born in Rome around the turn of the second Millenium, he belonged to a rather powerful family. The Crescentii clan practically ruled Rome and was responsible for installing Popes for nearly 50 years.

Despite the inherent controversy of his family, Giovanni served the Church faithfully. He eventually became the Bishop of Sabina.

Rise to the Papacy

Benedict IX’s election was hotly contested. The man was only about 20 years old at the time. He was wholly unqualified and reportedly lived a life with lax morals. As a result, Romans led a revolt that drove Benedict IX out of the city.

After even more infighting, Pope Sylvester III was elected. However, his rule did not last long. Not even two months later, Benedict IX’s supporters expelled him to reinstate their former ruler. Benedict IX returned to Rome and excommunicated Pope Sylvester III. Defeated, Sylvester III would return to Sabina and his old Bishropic. According to some accounts, his acceptance of defeat came after generous payment.

Benedict IX’s ever-changing attitude towards the papacy resulted in Sylvester III being deposed. Benedict IX and the Council of Sutri deprived him of his Bishropic. Though, he would continue to serve in the position until he died nearly two decades later.

-The Pope was born to a powerful Roman patrician family, the Crescentiis. His familial ties led to his election as Pope.
-Pope Sylvester III’s reign was a short one, lasting a mere 56 days before leaving the position and returning to his bishopric in Sabina.
-At the Council of Sutri, Sylvester III was deprived of his bishopric. He was ordered to a monastery. However, the sentence was seemingly suspended, as he spent the rest of his life as the Bishop of Sabina.
-He was considered by many to be an illegitimate Pope, also known as an Antipope.
-Despite his controversial status throughout history, the Vatican still lists Pope Sylvester III as the 146th Pope.
-Pope Sylvester III was one of only a handful of Popes to step down from the papacy. He lived for nearly two decades after his pontification ended.