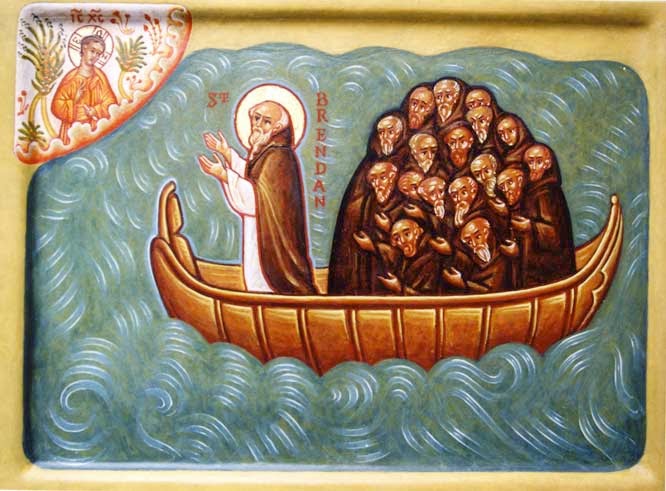 Known as St. Brendan the Navigator and Brendan of Clonfert, this Catholic saint was Irish and remembered for his travels. Many churches and schools around the world use his name, especially those in Ireland the United States. We created this article to help you learn more about the life and times of St. Brendan. 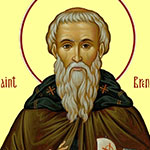 Early records from Ireland such as genealogy records claim that Brendan was born circa 484 in County Kerry, Ireland. Finnlug and Cara were members of an old tribe called the Altraige who welcomed their new son. His parents had him baptized and foster the interest that he had in the Church from a young age. They sent him to Bridget of Munster for training and later sent him to a monastery for more education and training.

Brendan was only 26 when he took the sacred oath and became a priest. Upon taking his orders, he traveled to the Aran Islands and established a new monastery there. Brendan would then travel to Wales and surrounding areas before finding his way to France. It was there that he built cells that monks and other priests used as living quarters and where he decided to take his most famous voyage.

His adopted nickname of St. Brendan the Navigator came after Brendan took a trip that lasted for many years. Legend claims that he set off in 512 with sixteen monks by his side. One of the islands that he passed later became St. Brendan’s Island in his honor, but some historians doubt that the island ever existed as they found no evidence of it. Brendan also claimed that he saw a massive creature that no one else saw. Some versions of the story claimed that he traveled to North America too.

After spending seven to eight years at sea, Brendan returned to Wales and spent some time in Scotland before finding his way back to Ireland. He established two monasteries as a way to provide safe spaces for future priests and monks to live and train. Both County Galway and County Mayo were among his favorite towns and places where he built new monasteries. During a visit to his sister, Brendan became ill. Worried about what his followers would do after his death, he made arrangements for others to bury his body in the Clonfert Cathedral. The Catholic Church was just one of the orders that later named him a saint.