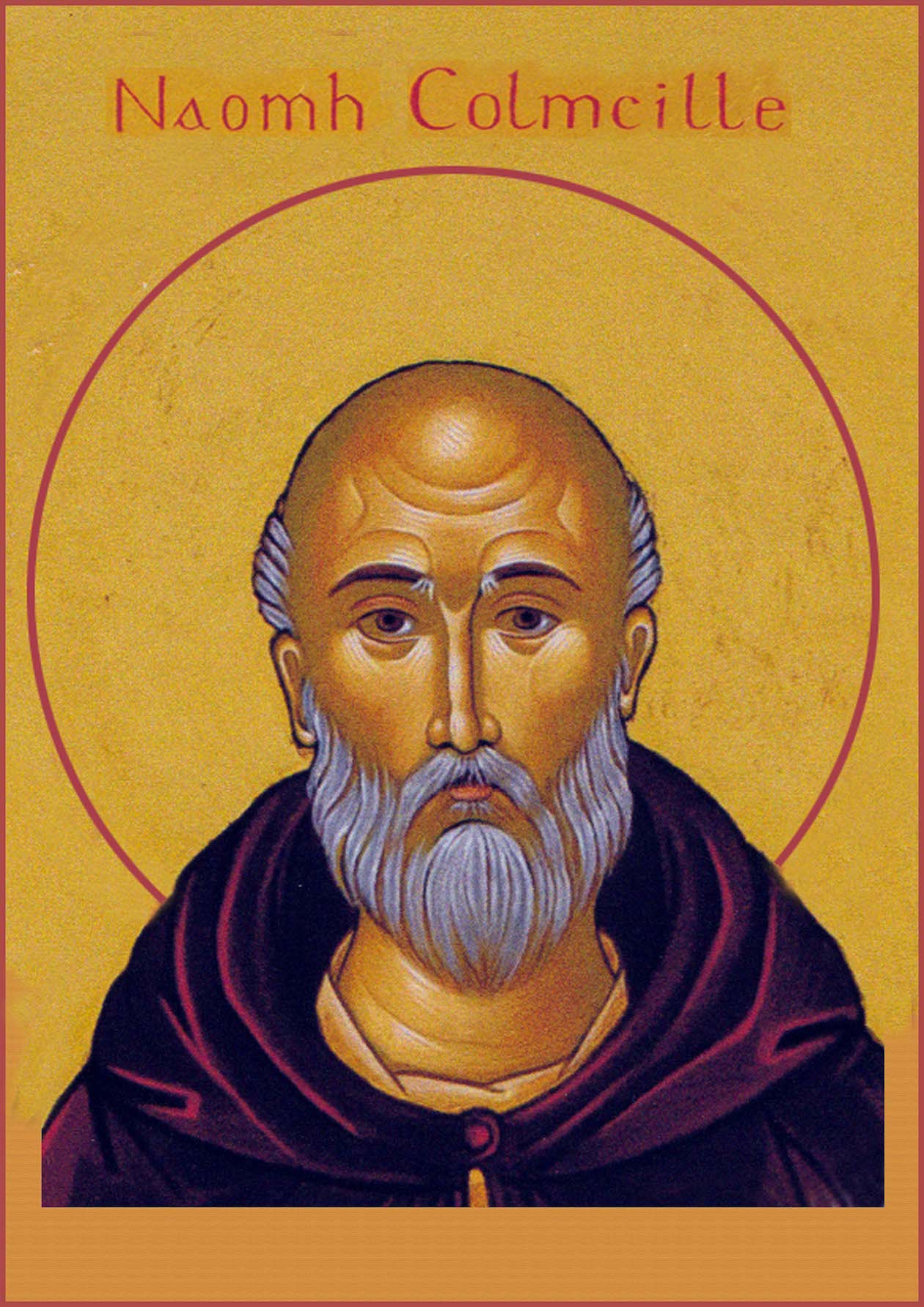 St. Colmcille or St Columba, was one of several men who lived and worked in Ireland during the sixth century and later became saints.

He is the patron saint of Derry, which was where he spent most of his life. We’ll address the life and times of Colmcille as well as the Churches that recognize him as a saint.

St. Colmcille was born in Gartain, Ireland on December 7, 521 to Eithne and Fedlimid. Both of his parents belonged to a branch or group in Ireland called Cenel Conaill. Records list his name as both Colmcille and Columba, but historians are unsure of which name he used during his early years.

Colmcille became interested in the Church and its teachings, which led to his parents sending him to a monastic school. After spending some time learning about the teachings of Saint David, he entered the Clonard Abbey and took his orders.

Though Colmcille planned to work in other monasteries, he changed his mind after receiving land from a cousin in Derry. He used that land to establish a monastery and begin teaching others.

He used the years he spent training as a monk to help spread Christianity across the region and encouraged his followers to both practice Christianity and use Latin learning methods.

During the 560s, Colmcille has a dispute with a missionary that led to his eventual pilgrimage. Finnian, the missionary, believed that any copies made of manuscripts in the local abbey should stay with the abbey.

When Colmcille tried to take a copy that he made, the two fought. Another dispute arose when Colmcille was with a prince who was murdered. A group of clerics came together to talk about the man and demanded that he leave Ireland.

Though some historians claim that he willingly left on a pilgrimage, others believe that the clerics exiled him with the threat of excommunication.

Colmcille worried that he would never see Ireland again and asked that those who traveled with him blindfold him in the hopes of keeping his memories safe.

He would spend the rest of his life in Scotland, only returning to Ireland once in his later years to create a new monastery.

Following his death on the island of Iona, his followers brought his body back to Ireland and buried him in that monastery. Downpatrick is home to some of his relics.