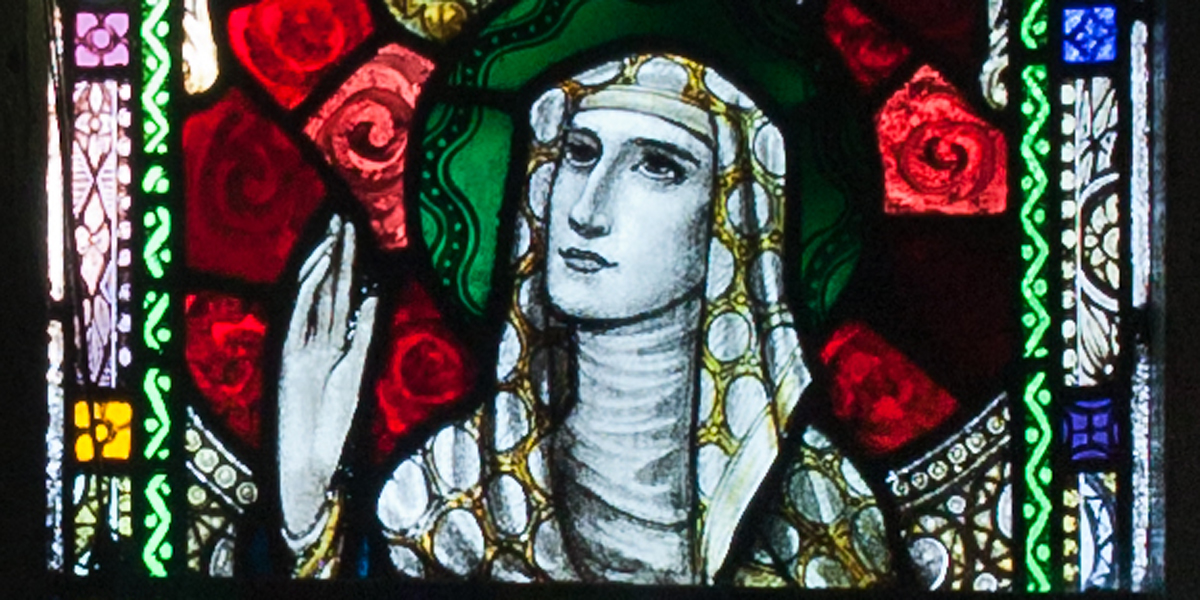 St Ita is a patron saint who worked as a nun in Ireland for many years. Many pray to her when dealing with eye diseases, but she’s also a popular saint for pregnant women. This article will go over the life and sainthood of St. Ita.

St. Ita was not always a saint. Her parents named her Brigid when she was born circa 480 in a part of Ireland now known as County Waterford. As she lived in the province of Munster, some called her Brigid of Munster. Her parents also called her Deirdre, which was the name they gave her during her baptism. Unlike other young women at the time, the future saint felt called to help the Church from a young age. When a young man who lived nearby proposed marriage, she turned him down because she thought life had more in store for her.

Deirdre was only 16 when she left the comfort of her family home and moved to Killeedy. Then known as Cluain Credhail, the town was home to many consecrated women. It was here that she founded a site for nuns and women who needed help. A popular legend claims that Deirdre did not know where to go when she left home but saw a bright light that she followed. That light led her to two more, which eventually led her to Killeedy. Deirdre was so serious in her vows that she convinced her younger sister to join the new order.

When the future Saint Brendan was still a baby, the bishop watching over the lad sent him to Deirdre for help. She raised him through the age of six and formed a close bond with him. Even when he left to travel the world, he would often return to Killeedy and to speak with Deirdre.

Before naming her a saint, the Catholic Church investigated the miracles attributed to her. She claimed that she was a prophet who received messages from angels and others. Many credit her with finding the holiness that others had and encouraging them to join the Church. There are even some legends that claim her monastery was open to both men and women and that she treated both genders equally. If this is true, it would make her one of the earliest women to contribute to the Church.

Deirdre was in her early to mid-90s when she passed away in Killeedy. Millions of people travel to the ruins of the monastery that she ran and leave behind flowers to honor her. Now known as St. Ita, the Catholic Church recognizes her with a feast day held on January 15 that Pope Pius IX set.