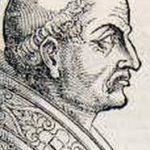 Pope Clement III was the 174th pope and the third Pope Clement not counting the antipope who used the same name. He was pope for 1,187 days from 1187 to 1191. This article provides some valuable information on Pope Clement III.

Known as Paulino or Paolo, the man who would become Pope Clement III was born in 1130 in the city of Rome. He was Roman and had a relationship with Pope Alexander III, which led to his appointment as the Archpriest of the Liberian Basilica. He then became the first cardinal deacon of the Cardinal Titular Church then known as Santi Sergio e Bacco. Though he took on the role in March of 1179, he left the position in December of the following year to become the cardinal-bishop of Palestrina. He remained there until becoming pope.

Unlike other popes who faced opposition during their elections, Clement III was an almost unanimous choice. Following the death of Gregory VIII, Church members gathered to pick the next pope. They chose Clement III in December of 1187 and almost immediately appointed him.

To show that he was the right choice, Clement III almost instantly began working on some of the issues left over from the last pope. One conflict related to both the people living in Rome and Church officials. For more than 50 years, citizens resented that the Church could pick their officials. Clement III created an agreement that allowed citizens to pick some of their officials while the pope could still pick the governor.

Other Work as Pope

When he became pope, there were only 20 men in the College of Cardinals. Clement III took on the responsibility of appointing new members and appointed more than 30 men as new cardinals during his tenure. The pope worked on his relationships with other leaders, including Emperor Frederick I Barbarossa and King William I of Scotland. To help Scotland, he stopped the Archbishop of York from controlling the Scottish Church, which made the Church of Scotland a separate entity. Not only after naming the new Holy Roman Emperor, Pope Clement III passed away.