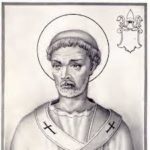 Pope Dionysius was the 25th pope of the Church and held the role for more than nine years. He is also known as Saint Dionysius and Pope Saint Dionysius because he was one of the early popes canonized by the Church. Keep reading to find out about this pope who reigned during the third century.

Dionysius was not the first man chosen for the next pope after the death of Sixtus II. Pope Sixtus II was martyred as were many other Christians at the time. Though the Church looked for a new pope, there were rumors that several men turned down the Holy See position because of the persecution they saw. It took nearly a year before Dionysius became the pope and the Bishop of Rome.

Little Peace of the Church

Pope Dionysius had an easier time than Sixtus II did mainly because of the murder of Emperor Valerian. Valerian was known for the persecution he did of Christians, but the King of Persia issued orders in 260 that led to the capture and murder of the former emperor. Gallienus then became emperor and issued orders that called for the tolerance of Christians. The new emperor helped rebuild churches and allowed Christians to practice again. This period became known as the Little Peace of the Church, which lasted for nearly four decades.

One thing associated with this pope was his support of followers in Cappadocia. This region is now in parts of modern-day Turkey and faced many attacks from invading Goths. They not only destroyed some of the churches in the area but also kidnapped local people. The pope sent Church funds to those locals and asked them to use the money to both pay the ransoms for some of their people and to rebuild their churches.

Though his predecessor ruled for less than one year, Pope Dionysius reigned for more than nine years and a total of 3,445 days. He was likely in his late 50s when he assumed the throne and in his late 60s when he passed away. Due to his age, many historians believe that he died of old ages or natural causes. The pope passed away on December 26 in 268, and the Church later issued his sainthood feast day on the same date. As with previous popes, the Church had his body interned in the Cemetery of Callistus. Many recognize him today as a calm and peaceful man who worked hard for the Church and its followers in his role as the Holy See.