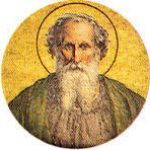 Saint Urban left no personal writings. Thus, not much is known about his early life. It is believed that Urban was born around the year 175 in Rome. His father’s name was Pontianus. Unlike future leaders of the Catholic Church, Urban did not change his name upon election. He is the original Pope Urban. Many future popes adopted the name in his legacy.

Pope Saint Urban was elected to serve as Pope in 222 after the death of Callixtus I. His reign is a noted time of relative peace for Christians. He served in this position when the Roman Emperor was Alexander Severus. Unlike Rome’s previous leader, Alexander Severus did not persecute Christianity.

For this reason, the Church grew in numbers. Saint Urban was considered to be a successful converter. Stories of his ability to get people to turn to Christianity are still told to this day. Some of his most notable converts include the husband and brother-in-law of Saint Cecilia. Though, some scholars consider the conversion of Valeranius and Tiburtius to be a myth.

While the Church was able to flourish during Pope Saint Urban’s papacy, there was still some dissension in the Roman Church. Hippolytus opposed the previous pope, Callixtus I. Once Saint Urban took over, much of that disdain with Hippolytus and his followers continued. Pope Saint Urban dealt with the schism the same way, which didn’t help to ease tensions. Additional factions in the Church, such as Gnosticism and Novatianism, also existed during his reign. They continued to challenge the Church.

Much of Pope Saint Urban’s legacy is debated due to a lack of historical evidence and sources. For example, his death and martyrdom status is considered by many to be purely legend.

According to the legend, Saint Urban was imprisoned by a provost of Rome called Almachius. Almachius beheaded Saint Cecilia and accused Saint Urban of conspiring with her to convert 5,000 people. He was then imprisoned, where he converted and baptized the keepers of the prison. Almachius then tried to force Saint Urban to pray to a Roman idol. However, he stayed true to his faith and prayed to God.

The idol then fell, killing 22 pagan priests. Even though he was tortured, Saint Urban refused to pray to the Roman Idol. Eventually, Almachius sentenced him to death and had him beheaded. While this story is still told today, it’s largely considered to be nothing more than legend. Today, scholars believe he died after the death of Saint Cecilia from natural causes.

Saint Cecilia is a patron saint in three different churches and remembered for her love of music. A popular legend or myth claims that Pope Urban met Valerianus who was married to Cecilia and converted him. The story claims that he returned home and told his wife of his conversion, which led to her following the Church’s teachings.

Before becoming a saint, the Church looks for a documented miracle that occurred during the individual’s life. Urban allegedly prayed and caused an idol to fall over, which was his miracle. In this legend, he was beheaded when others heard of his miracle. Others claim that his miracle was that he created new religious vessels and churches during his life.