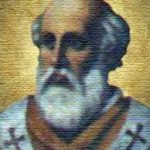 Adeodatus is one of several men who served as a monk before becoming pope. During his early life, Adeodatus felt called to the church and spent some time studying its teachings. He would later join the Order of Saint Benedict and serve in Caelian Hill in an order called St. Erasmus. His time there led him to reject the Monothelitism teachings at the time, which thought focused on the study of Jesus, humans and the divine. He also believed that Venice had the right to choose a dodge or duke.

During the papal election of 672 following the death of Vitalian, the electing body chose Adeodatus as his successor. Though he took the position on April 11, he quickly set about looking for ways to distance himself from some of the issues of the time. Constant debate surrounded the idea of Monothelitism, and while he did not agree with those teachings, he did not outright reject followers of that concept.

Pope Adeodatus II led some of the top restoration efforts of the 670s and encouraged members of the church to help. Marmoutier Abbey, which was one of the early monasteries in France, fell under his protection. The pope helped save the abbey and also called for the Holy See to leave it alone. He also placed the Abbey of St. Peter and the Abbey of St. Paul under his protection. Also known for his feuds with Constantine I, Pope Adeodatus II experienced stress that historians believe contributed to his death. He passed away in 676 after serving as a pope for just a little more than four years.