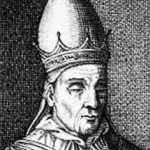 Pope Constantine was the 88th pope and Syrian by birth. He was one of the only popes to ever visit Greece and felt a deep connection to that country. This article focuses on Pope Constantine and what history remembers about him.

Known as Kōnstantínos and Constantinus during his early years, the future pope was born to a man named John and an unnamed mother. He was one of the only popes born in Syria and received a Greek education. He could both read and speak Greek. The future pope was also fascinated with eastern cultures and studied them at length. Chosen to assist the Third Council of Constantinople, he traveled to the country in 680 and again the following year. When Pope Leo II wrote a harsh letter to Constantinople, he chose Constantine to deliver it. It was during this trip that he developed a friendship with Prince Justinian.

Pope Sisinnius was also Syrian and named pope in 708. Just 20 days later, he passed away. The selection committee came together to name the pope and looked for someone familiar with the Byzantine Empire. Just a few months after the previous pope’s death, the committee chose Constantine. He officially became Pope Constantine on March 25, 708.

One of the biggest issues facing his papacy concerned the Quinisext Council. Also known as the Council in Trullo, it occurred in 692. Pope John VII issued canons to this council and asked for their approval, which he did not get. Justinian II asked the pope to appear in person to discuss the canons. Constantine arrived in 710 with a group of attendants to discuss the matter. The two could not reach a compromise, which led to the pope heading back to Rome.

Pope Constantine would also have issues with Philippikos Bardanes. The new ruler followed a form of religion that believed humans and Jesus Christ were closely connected, which the Church did not believe. The pope would not attend a mass where the ruler was and turned down his request that the Church began teaching Monothelitism. Anastasius II became the next ruler and requested that the pope work with him. Pope Constantine died soon after.