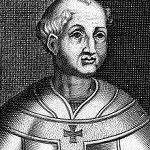 Pope Anastasius III was the 102nd pope and the second named Anastasius. He was Italian by birth and held the position for more than two years. Those interested in learning more about the 10th-century pope can keep reading.

Though Anastasius III was pope for more than two years, there are not many historical records available about his life or time as pope. He was born in Rome, which was then part of the Papal States sometime around 865. His father was named Lucian and was noble by birth. He likely grew up in a family that had the means necessary to send him to school. Anastasius III was appointed a cardinal deacon in 908 and elevated to the role of cardinal later that same year. He continued working as a cardinal until becoming pope in 911 after spending more than three years as a cardinal. Anastasius was one of several Italians who became pope during the early years of the Church.

As with other details about his life, information on the papal election of 911 is scarce. Pope Sergius III had a close connection to the Theophylact family and had an alleged affair with the ruler’s daughter. That relationship resulted in a familial line that leads to Pope John XI. Much controversy surrounded his reign, which led to the Church looking for someone neutral to serve as the next pope. The members elected Anastasius III to the role.

The most important thing noted during the Anastasius III period is the work he did in Germany. He worked to unite some of the branches of the Church operating in Germany. That work not only brought followers back to the Church, but it ensured that they would follow the teachings in Rome. Anastasius would also evangelize a group of men and women living in France known as the Normans of Rollo. The drawings and illustrations of the pope often depict him as a young man because he was around the age of 46 when he became pope and 48 when he died. St. Peter’s Basilica is the final resting place of Pope Anastasius III.