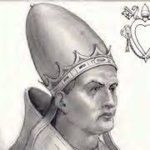 Pope Benedict VII was the 135th pope and the seventh man to choose the Benedict name. He was pope for more than eight years and served after an antipope. This article delves into the life and times of the 10th-century pope.

Born Benedetto de Spoleto, the man who would become Pope Benedict VII was born circa 930 in Rome. His father was David, though some records list his name as Deodatus. Prince Alberic II who ruled Rome for many years was his uncle. Prior to becoming pope, he was the Bishop of Sutri. In that position, he worked in central Italy for a local church.

Following the murder of Pope Benedict VI, Boniface VII took the position. Though some supported him, most believed that Benedetto was the rightful choice for the papacy. Boniface VII served for only 30 days and is regarded as an antipope rather than a full pope. Near the end of October 974, Sicco lobbied for Benedetto and helped him become pope. Sicco worked for Emperor Otto II. The two thought that he was a better choice than Boniface VII. Boniface would leave the papacy and move to Constantinople.

The Papacy of Pope Benedict VII

The papacy of Pope Benedict VII was fraught with issues from his early days. Some of the followers of Boniface VII opposed Benedict VII and attempted to stop him from taking the position. Otto II stepped in and made sure that he could ascend to the throne. Pope Benedict VII prided himself on working against simony, which was when other leaders bought their way into high ranking positions.

In addition to speaking out against simony, Benedict VII also consecrated a man named James and made him a priest. James worked in Africa and helped convert Muslims to Catholicism. The pope also rescinded some of the papal bulls issued by other popes, namely one that gave the Diocese of Vic more land. Benedict VII also called a meeting of a Roman synod to discuss simony, which he used to show leaders and followers the dangers of that practice. Though the pope continued working during his papacy, his work slowed down in the later years. After serving as pope for close to nine years, Benedict VII passed away in Rome.

*Pope Benedict VII was related to Prince Alberic II through his father. The ruler and the pope’s father were brothers. Some records indicate that he was also related to the Conti family who were rulers at the time.
*Benedict VII was pope for eight years and 282 days. He was around the age of 44 when he accepted the position and 53 when he passed away.
*His final resting place is the Basilica of the Holy Cross in Jerusalem. Also known as the Basilica di Santa Croce in Gerusalemme, it is one of the seven sites in Rome connected to the papacy.
*A papal legate held by the Church shows that he made James a priest. This legate was written in the pope’s hand and sent to the Abbott Leo.
*Benedict VII briefly served as a cardinal deacon and received his appointment in 972, two years before becoming pope.